"Vatersland" at the Film Festival Cologne 2020

After her award-winning documentary "In Search of Memory" about Nobel Prize winner Eric Kandel, Petra Seeger's first feature film deals with her own past as a growing girl in a post-war society dominated by men. She artfully interweaves the play scenes with wonderfully nostalgic family photos and 16mm film footage from her private archive. Major remembrance cinema about the trauma of an entire generation. Perceptive, feminist and at the same time incredibly entertaining and humorous! 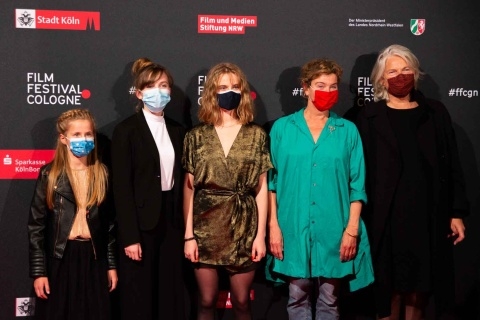 From left: Felizia Trube, Momo Beier, Stella Holzapfel and Margarita Broich, the actresses of the main character Marie from "Vatersland" at different ages, as well as director Petra Seeger at the festival premiere in Cologne © Juliane Guder / Film